Our story so far

Where we started and where we are heading.

Michael began his training as an inspired 17-year old, at Bournemouth and Poole College when he undertook his three year basic training in catering. He also trained at the renowned cookery school 'Le Notre' in Plastir, France, where his passion for sugarcraft, boulangerie, chocolate and pattiserre flourished. Michael then started his career in London, where his first job was at Langan's Brassiere. He then moved to the 5 star Sheraton Park Towers, which is where Michael discovered his love of pastry.

Over the following 13 years he worked in many hotels and restaurants to further expand his knowledge and expertise. Some of these included:

The Grosvenor House, Park Lane, London - Where Michael was privileged to experience the work of Monsieur Louis Outhier (Restaurant L'Oasis France) and his team of chefs including Pierre Provost and Jean-Georges Vongerichten (Lipstick cafe,Vong).

The Balmoral Hotel, Edinburgh - one of the first 5 star Deluxe hotels in Edinburgh.

The Lanesborough Hotel, Park Lane, London - acclaimed to be the first 6 Star hotel in London. Michael was pivotal in the hotel opening and continued to work alongside Paul Gaylor. 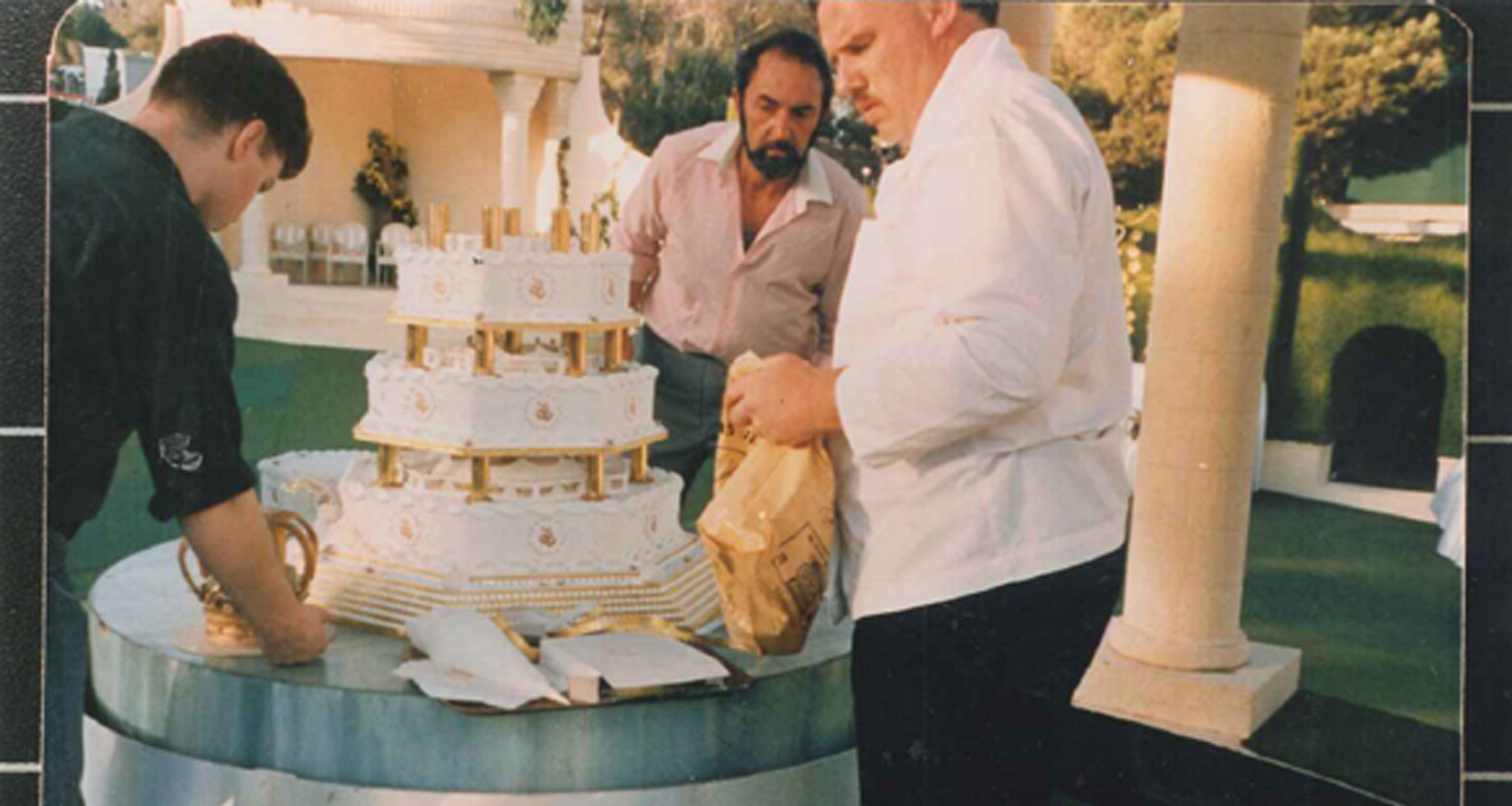 Whilst working at The Royal Festival Hall Michael was asked to design a 10 year commemorative Silver Jubilee replica cake for the Her Majesty The Queen and HRH Prince Philip, Duke of Edinburgh. This was a highlight of Michael's career, to be introduced to them both.

Michael was also invited to Amman in Jordan to help produce the wedding cake and banquet for Prince Faisal bin Al hussein of Jordan son of the King of Jordan.

Michael was also instrumental in the opening of 5 star The Excelsior Galia in Milan, Italy.

Michael was privileged to cater for parties for Prince Charles, in London and at at Highgrove House and Her Majesty Queen Elizabeth, The Queen Mother. Also private parties for Tony Blair and his wife, Bill Clinton and other high profile people. Michael also did promotional work for Anton Mossiman in Switzerland and Singapore. 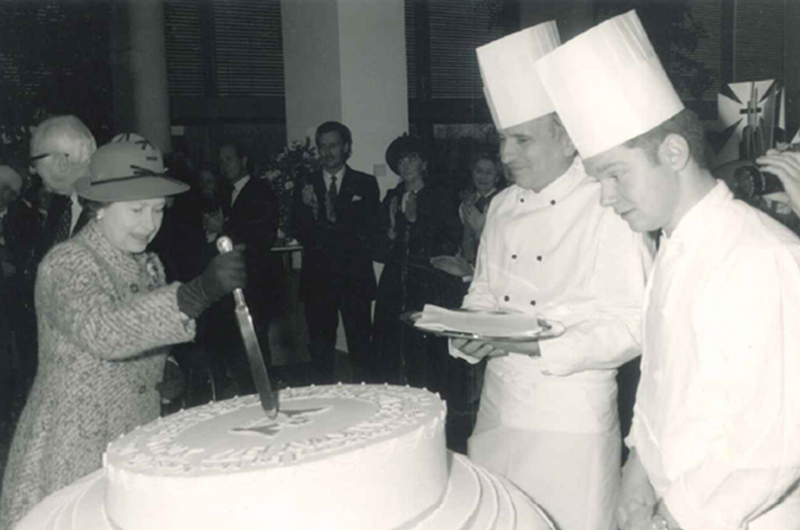 Teaching the next generation

In 1994 – Michael was the Head Pastry Lecturer at Le Cordon Bleu, London – where he taught his students 'the patisserie diploma' comprising courses at three levels: basic techniques of patisserie, developing skills to produce classic French desserts and pastries, such as croquembouche, intensive work on specialised skills, including chocolate work, decorative sugar-work, and boulangerie.

Michael was then approached to be part of a team to open a teaching school in Taiwan, The Renaissance School Of Culinary Arts, so in 1996 he moved, with his wife and two very young children to Taiwan, where they lived until returning to England in 2000.

Michael worked in Mosimanns, London –as Executive Pastry Chef until 2002. 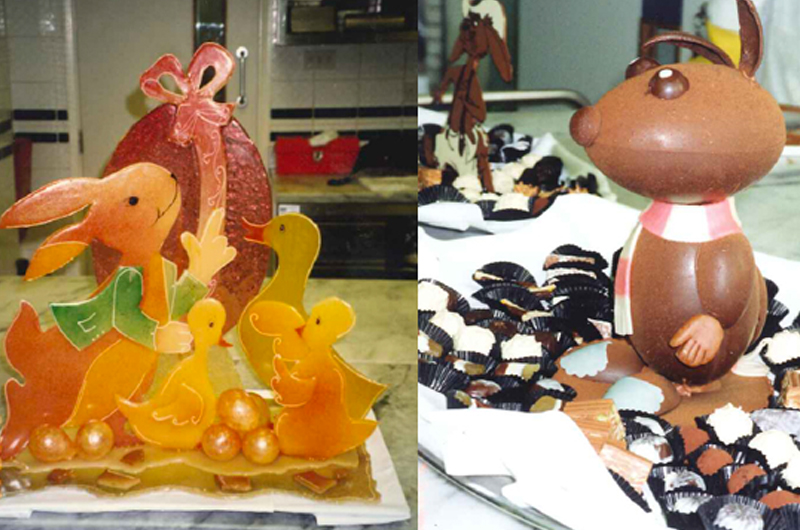 Michael then ventured into the developmental side of the industry and found himself working, for a huge development food company for 11 years, where his development concepts won numerous food awards.

After many years travelling away from home and working for hotels, restaurants, and food development companies, Michael had a vision to bring his years of knowledge and skills to produce what local people want! We wanted to mix old and new, traditional and innovative, quality and consistency, with friendly staff in a welcoming relaxing environment.

So it was, that we found ourselves fitting out our very first shop in Westbourne in July 2012. Just four of us at this point; Michael, Gabor Maruzsa (our amazing head baker) and our daughter Rebecca. The shop was a closed-down estate agents, which by chance had been a former bakery in the 1970's and residents were delighted we were returning the shop to its former glory.

We actually live nearby so we knew exactly what was missing - an artisan authentic bakery and patisserie, where every item was individually handmade using local, quality ingredients. We are proud to support the real bread campaign and produce bread the natural way using just flour, salt and water, with no preservatives, alongside our fine French patisserie, our breakfast and lunch menu, pastries on the counter and coffee and teas. 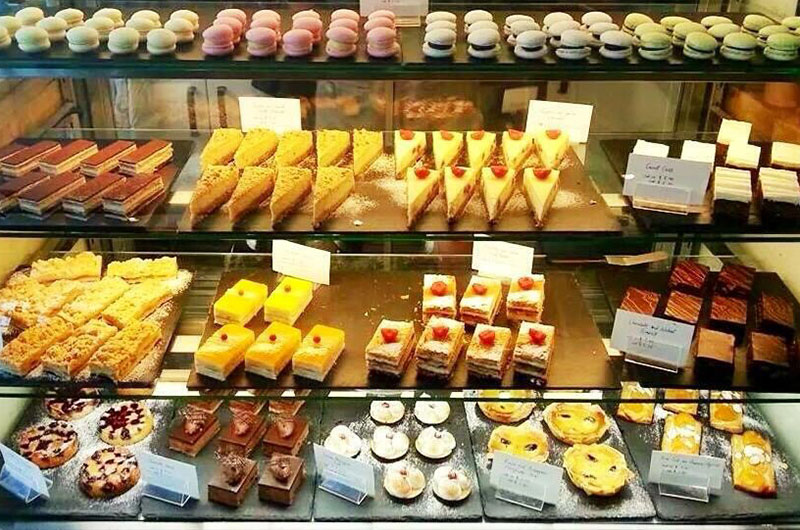 In April 2016 we then decided to open our second bakery in Wimborne after many customers said they were travelling from some distances to Westbourne. We had always loved visiting Wimborne, a picturesque market town, about 10 miles away. Famous for it's rich history of Wimborne Minster, the Folk Festival, food Festival and numerous other events - this is a small market town with individual shops, a local butcher, fishmonger, greengrocer, with a vibrant community feeling where we knew our shop would blend and enhance.

Since then we have extended both shops and Sue opened the garden in Wimborne in March 2019, after clearing it from a jungle and turning it into a kitchen garden and seating area for the customers next to the river. As we needed more space we also obtained our baking unit at The Nuffield Industrial Estate. We fitted this out as a very spacious bakery and patisserie unit to give our bakers and pastry staff much needed space as we expanded our shops. Then in October 2020 we opened our third bakery in Ferndown. 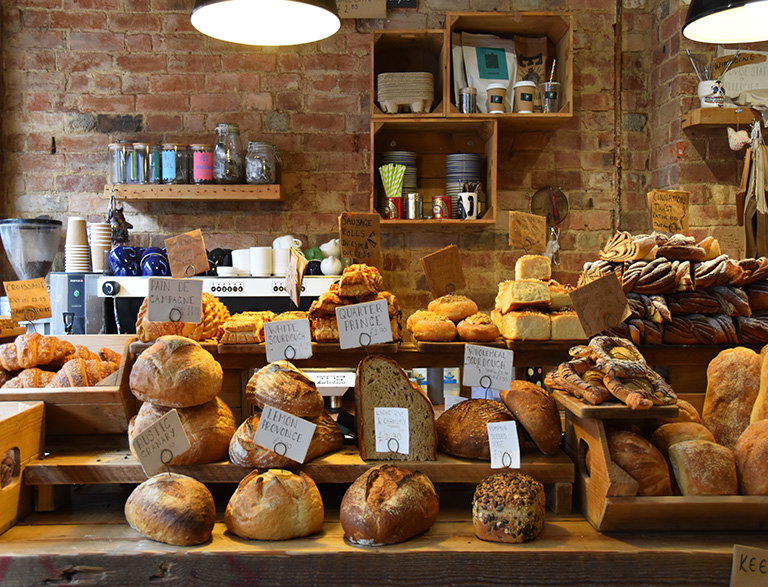 “As a Westborne resident, this place is undoubtedly the best place for breakfast in Westbourne. Everything they do is delicious, from their coffee and croissants to their salads and sarnies. Super friendly staff and with a lovely atmosphere.” James, Google review of Westbourne branch 2019. 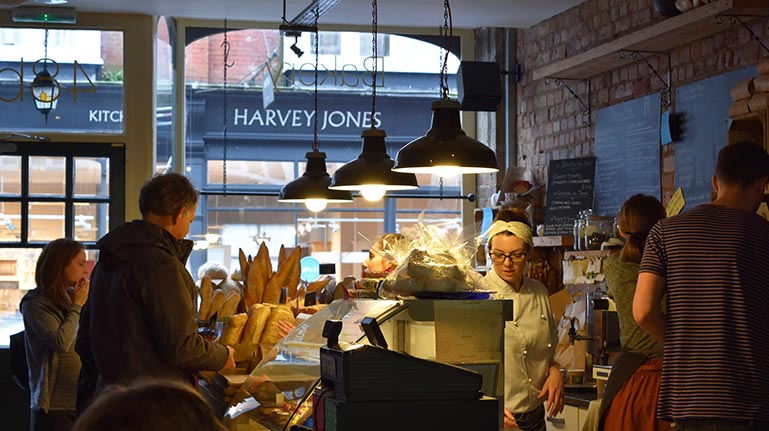 We have a strong base of regular customers but it is always a delight when visitors and tourists discover our shops and love what we do as much as us and our committed hard-working team.

We were delighted to be the winner of the Best Independent Tea Room or Café, Best Bakery and Best Food or Drink Business of the Year in the Taste of Dorset Awards in 2017 and a finalist in 2019. We have also been awarded a travellers choice award by trip advisor in 2020 and a finalist in the best food and drink retailer in the Dorset food and drink farming awards in 2020.

We regularly make celebration cakes that customers order in advance and french-style wedding cakes, such as a croquembouche. Please get in touch with us or view our made to order cakes page to see previous examples and prices. We supply bread and pastries to local businesses, such as Otto’s print and coffee house and vegan croissants to twelve eatery in the triangle. For wholesale enquiries please email hello@lepetitprince.co.uk 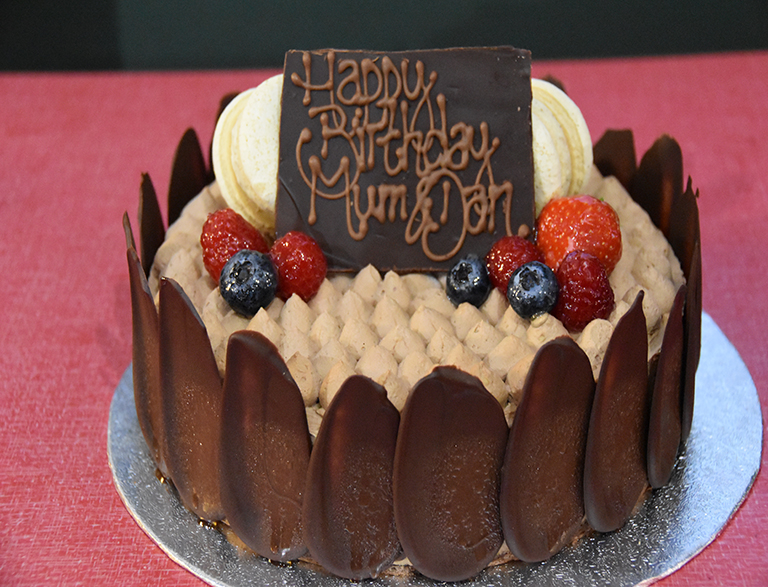 We use cookies to ensure that we give you the best experience on our website. If you continue to use this site we will assume that you are happy with it.
OK
Manage consent

This website uses cookies to improve your experience while you navigate through the website. Out of these, the cookies that are categorized as necessary are stored on your browser as they are essential for the working of basic functionalities of the website. We also use third-party cookies that help us analyze and understand how you use this website. These cookies will be stored in your browser only with your consent. You also have the option to opt-out of these cookies. But opting out of some of these cookies may affect your browsing experience.
Necessary Always Enabled
Necessary cookies are absolutely essential for the website to function properly. This category only includes cookies that ensures basic functionalities and security features of the website. These cookies do not store any personal information.
Non-necessary
Any cookies that may not be particularly necessary for the website to function and is used specifically to collect user personal data via analytics, ads, other embedded contents are termed as non-necessary cookies. It is mandatory to procure user consent prior to running these cookies on your website.
SAVE & ACCEPT